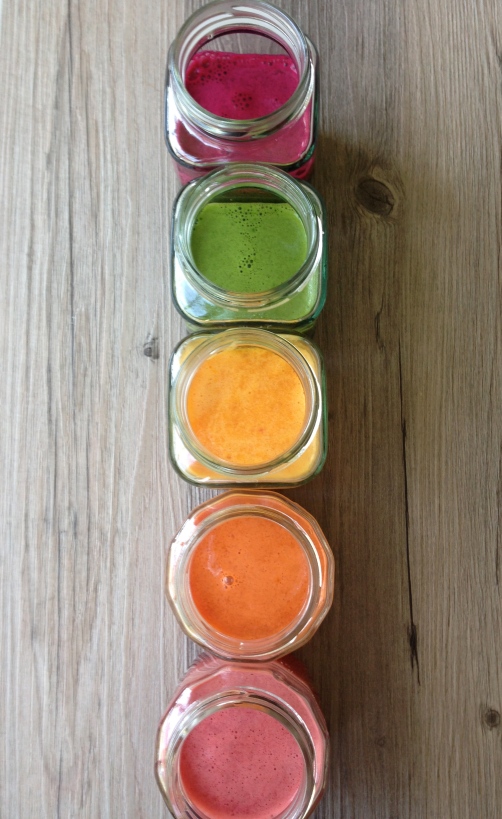 I didn’t intentionally buy myself a juicer.  In fact, I wasn’t really aware of juicing when I bought it.  So long story short I bought my sister a juicer because she wanted to be healthier.  Because we don’t live in the same state, I had to ship it.  I didn’t tell her in an effort to surprise her but  she ended up buying one before mine got there…hah.  So instead of returning it I just kept and I’m glad a did.

I don’t use my juicer as much as I should but as the season warms up there are more veggies and fruits to motivate me to use it.

I got the idea to juice when I was taking a long walk on my day off.  After my walk I dropped by the store to pick up some lovely produce.  I’ve only juiced carrots and oranges so the strawberries, beets, and kale were all new to me. 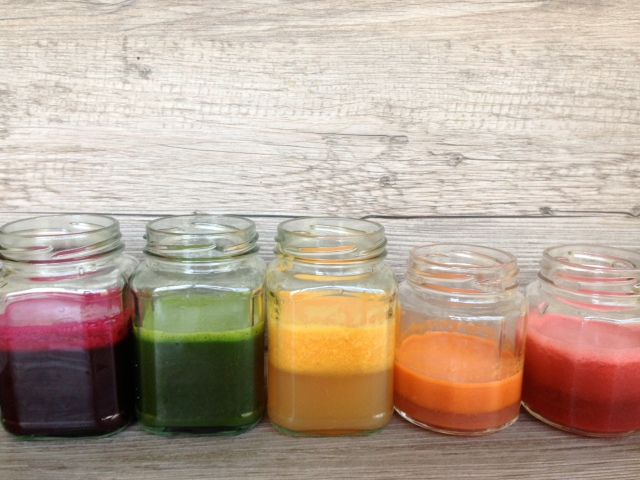 Flavor combinations: carrot and orange.  This is probably my favorite juice.  I really like the sweetness of the carrots with the orange juice.  There is a drink at Jamba Juice that’s calledd ‘orange carrot karma’ and it’s my favorite but it’s hard to justify paying that much for drink.

Flavor combinations: beet, strawberry, kale and a squeeze of lemon.  It was pretty good.  The beets were surprisingly sweet.  The kale was good but I would rather eat my kale than drink it…it just makes more sense to me.

If you have ever juiced you know that it takes time to clean the produce, chop, juice and clean everything up.  It’s obviously best to drink the juice right after it’s made but I wanted to try freezing the juice into ice cubes.  I had the idea to add some juice cubes to my water in the mornings.  I liked it.  Beware the beet juice is a crazy bright fuchsia color that stains everything.

I have this crazy idea to have a juicing party.  I would invite people over and everyone could bring a fruit or veggie that they would want to juice…kind of  like a homemade juice bar.  What do you think?  Would you come to my juicing party?

No recipe for you today because it’s juice :).  Drink up!

Welcome to my small corner of the blog world at heapingtablespoon My name is Kim and I am on a mission to learn the art of homebaking and challenge myself to make tastier treats than I have before. My posts are filled with sweet and savory recipes including tips on both. I hope you find something you like. I'd love to hear from you... heapingtablespoon@gmail.com
Loading Comments...
%d bloggers like this: